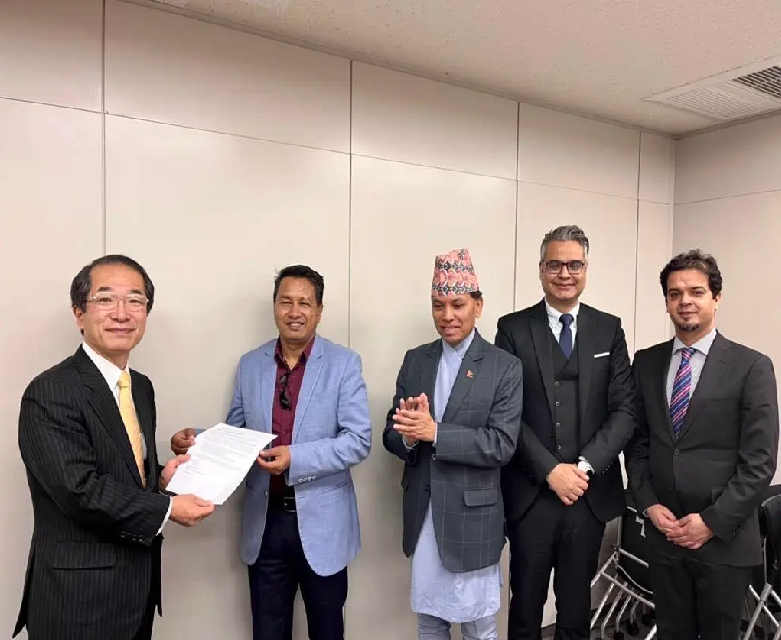 During the meeting, the duo discussed ways to explore mutual cooperation between the associations of the two countries.
Nepal’s Ambassador to Japan Durga Bahadur Subedi was also present in the meeting.

On the occasion, Capt. Thapa talked about promoting direct flights and enhancing the service quality. Thapa extended an invitation to Shinichi Inoue, chairman, TSAAJ and team to participate in AEROSUMMIT NEPAL 2023 which will take place in March next year. The meeting also discussed bilateral exchanges, sharing best practices and working together on flight safety management.

Thapa highlighted on promoting Nepal as a global destination of aviation related endurance tests.
Welcoming the initiative taken by AOAN, Otskua assured that the need to add Japanese airlines to Nepal will be communicated to all the member operators of the association. He underlined the need to add more flights to promote tourism.

Ambassador Subedi underscored the need to add flights between Nepal and Japan. He recommended AOAN to facilitate the process in cooperation with fellow associations. The Ambassador assured that the embassy will cooperate for the AEROSUMMIT.

On the same program, Motoyuki Odachi, former Member of Parliament, said that one of the top three agendas of the delegation of Japan-Nepal Parliamentary Friendship League to be held in Kathmandu will be of adding flights to Nepal.
The meeting was held at the office of The Scheduled Airlines Association in Siba,Tokyo.